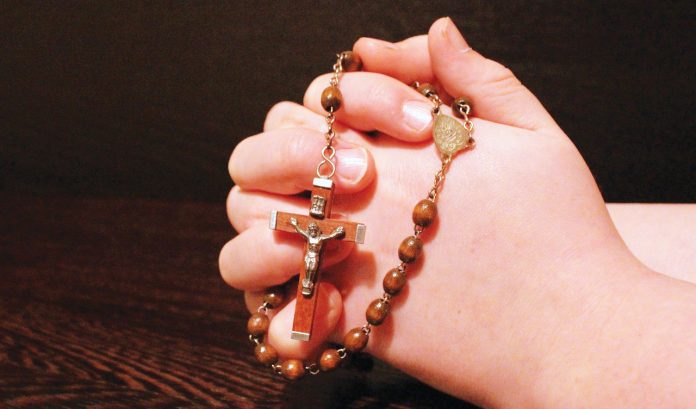 In the liturgical calendar, the feast of Our Lady of Fatima is assigned to May 13.
However, there is a tradition to celebrate this feast also on October 13

Several invocations/titles are attributed to Mother Mary as well as several feasts in her honour are celebrated by the Church during the liturgical year. St Bernard rightly said: “Of Mary there can never be enough.” This fact brings to light her mediating role in the history of salvation, so also her powerful intercession on behalf of humanity, especially
during critical times.

Among her many titles, she is invoked as Our Lady of Fatima. This name derives from the place where she appeared, namely, Fatima, then a rural village, now a town in Portugal. In the liturgical calendar the feast of Our Lady of Fatima is assigned to May 13, when Mary first appeared in 1917 to the three little shepherd children – Lucia, Jacinta and Francisco (the last two, sister and brother, already canonised). The sixth and the final apparition took place on October 13. There is thus a tradition to celebrate this feast of Our Lady of Fatima also on October 13.

Besides, on the seventh of this month, another feast of Our Lady of the Rosary is also celebrated by the Church. This feast was instituted by Pope St Pius V to mark the victory of the naval battle at Lepanto in 1571, which was attributed to the invocation of the prayer of the rosary by the Christians. Thus, she is invoked as Our Lady of the Rosary, and the month of October is also called the Month of Rosary. This is why the rosary is prayed with great devotion by the families at home. For quite some time, a new trend has now evolved to pray the rosary in groups at an open place, preferably near the cross/chapel in the evenings. Also, people gather together somudai/zonewise and recite the rosary interspersed with Marian hymns and even the litany being sung.

This time, due to the prevailing pandemic, such a mode of praying the rosary is out of question. However, a few leaders of somudai/zones have come forward to conduct the rosary online. The aim behind it is to promote and strengthen community bonding and fellowship which is the need of the hour in these hard times.

Mother Mary is an outstanding example of a Christian life. Her unwavering faith in God led her to say “Yes” to God’s Will as she responded positively to Angel Gabriel when she said: “Let it be done to me as You say” (Lk 1:38).

Furthermore, at a later stage, her son Jesus singled out His mother as a model to a group of His followers when He said: “My mother and my brothers are those who hear the Word of God and act upon it” (Lk 8:21).

Mary did not cling to her status of mother of God’s son. On the contrary, she humbled herself and visited her cousin Elizabeth who, at her old age, had conceived a son and required attention of all sorts. Mary spent almost three months with her, rendering household chores. On welcoming Mary in her house, Elizabeth, filled with the Holy Spirit, joyfully cried out: “Blessed are you among women and blessed is the fruit of your womb” (Lk 1:42). How magnanimous was Mary with a noble heart! She is indeed a woman for others.

John the evangelist reports the wedding reception at Cana where Mary and her son Jesus were special invitees. In the course of the celebration, the wine ran short. The couple and their families were caught up in an embarrassing situation. Mary was a keen observant. She stepped in without being asked and saved them from humiliation and shame as Jesus, at the request of His mother changed water into wine that was then served to the guests who were well satisfied so much so the master of ceremonies praised the groom saying: “What you have done is keep the choice wine until now” (Jn 2:10).

Obviously, this time due to COVID-19, in Panaji, the celebration of the Feast of Our Lady of Fatima on October 13 will take place but in a subdued manner, without physical presence and participation of the faithful in the religious services. Such a situation will in no way deter us in honouring Mother Mary in a befitting manner from our own homes where the families can take part in the solemn Eucharist which will be live-streamed and celebrated by the Archbishop, Filipe Neri Ferrão in the Chapel in the evening of October 13.

The traditional penitential procession of the faithful with lit lanterns in their hands, praying the rosary and singing the Marian hymns, down the Fr Agnelo Road, with the statue of Our Lady of Fatima mounted on a four-wheeler, illuminated and decked with white lilies, wending its way up to the steps of the Panaji Church, will not be held this year and sadly will be missed by a many.

As the entire humanity is shaken up, Catholics around the world are humbly making fervent recourse to Mary, beseeching her intercession with a filial trust as we pray in Memorare that “never was it known that anyone who fled to thy protection, implored thy help, or sought thy intercession was left unaided.”

Mary, Mother of mercy and of hope is accompanying us, as always, in our battle against COVID-19. Her maternal assistance never fails. It is imperative to pay heed to what she told us: “Do whatever He tells you” (Jn 2:5), and her message to the three little children: “Repent…”