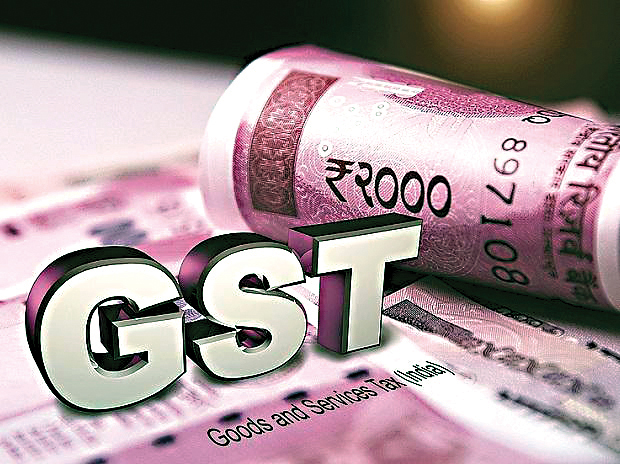 INDIAN state governments have market loans (SDLs), borrowings of Rs 1.93 lakh crore so far this year, which is 76 per cent higher than the corresponding period last year. This rise is already sitting on leverage balance sheet of states, especially states like Uttar Pradesh and Maharashtra. Uttar Pradesh had an outstanding debt of around Rs 6 lakh crore while Maharashtra had a debt of Rs 5 lakh crore.

Will they be able to cross the river of debt safely? Every state in India is facing a liquidity crisis the degree varies depending upon their management of planned expenditure. States’ borrowing has shot up in the last quarter, and they have started reducing expenditure but it is not enough. State governments’ investment is important and is the largest component driving the economy; it is much more than private sector or Union government’s investment. Hence if the states stop investing in capital expenditure due to financial crisis they are facing the overall economy will further slow down.

This may ease the liquidity crisis faced by state governments but does not solve the problem. The problem is liquidity, debt management, and expense prioritisation. There is a sea of expense and   a rising debt burden due to the delay of compensation; now there is a liquidity crisis too.

Every state government is facing a dilemma: how to navigate the sea of expenses on a borrowed boat, a boat that is continuously being overloaded with more and more debt. The falling GST revenue from the Centre combined with lower state’s tax collection from housing and excise revenues is pushing towards a liquidity crisis.

The Union government deferment of compensation is like a hole in that unsteady boat. The GST Council estimates that the total shortfall in this fiscal year will be about Rs 3 lakh crore at a GDP growth rate of 10 per cent that is disputable. Out of this, Rs 65,000 crore is expected to be generated through cess. The estimated deficit of Rs 2.35 lakh crore this financial year has to be bridged through borrowing by the states.

But even in states that have borrowed to meet the shortfall, the cost of debt is rising. Property transactions are down because of the lockdown and lack of certainty in homebuyers’ mind. Revenue receipts from stamp-paper sales on property transactions, one of the biggest sources of revenues, is now scarce. This loss of revenues means deficit financing has to be done through only market borrowings.

The immediate challenge for some states is to keep paying the salaries, pension and subsidies. There is an immediate liquidity crisis in several states. The finance department in states are delaying payments of subsidies or release of payment even under the MNREGA. This is affecting implementation of state-level schemes, employment of temporary employees. In the mid-term, this will slow down their economies, further creating a vicious downward spiral. If states do not manage their priorities of spending well, a debt trap can also happen.

The Union government was generous in April-May period, transferring double the gross amount of collection under GST to states as their share of central taxes, but this liquidity is no longer available. The amount of transfer has been falling since June 2020 when it was down by 9 per cent, almost Rs 4,000 crore compared to April-May. From August the states have got a monthly average amount of Rs 42,000 crore, 9-10 per cent down from earlier periods, as per RBI figures.

States like Haryana, Uttar Pradesh, Himachal Pradesh, Uttarakhand and Maharashtra are facing more than a 30 per cent decline in their GST revenues during April and August 2020, according to Minister of State for Finance Anurag Thakur. This sharp drop in GST revenues automatically means that the Union government will share less.

The states have reduced expenses, beginning with temporary staff. Uttar Pradesh is set to overhaul the recruitment policy for all its Class B and C employees. Several of the Class C employees are temporary contract employees; till such time a new policy does not come out, there is unlikely to be any recruitment in these segments. Hence there will be no extra expenditure on salaries or allowance.

Almost 18 states have reduced their expenditure on salary and pension by over 10 per cent and on subsidies by almost 40 per cent. But expenditure on public health/administrative because of COVID prevention or management measures pushed other expenditure up by 40.1 per cent.

Borrowing more debt on a highly leveraged or burdened balance sheet means that the cost of borrowing keeps rising and a large part of the expenditure goes towards servicing debt. This leads to a debt trap, something that can happen in Punjab. The state has to go for more market borrowings at least to meet some committed expenditure of Rs 58,981 crore for 2020-21 (67 per cent of the state’s revenue receipts). Earlier, they permitted Punjab net market borrowings of Rs 9098 crore in April-December; it quickly exhausted this borrowing limit and asked the central government to enhance the limit.

The Centre has the power to allow states, based on borrowing needs and actual cash availability in the early second half of the financial year. States borrowing costs may spike, as in the first bond auction of the current financial year in April, Kerala paid the highest borrowing rate of 8.96 per cent compared to fixed interest deposits of banks at 3.5 per cent-7 per cent.

Take the largest state Uttar Pradesh: in the April-June 2020 period, the state notched up revenues receipts of Rs 44,801 crore but its expenditure shot up to more than Rs 58,500 crore. That means it has borrowed between Rs 10,000 crore to Rs 14,000 crore to fill the deficit. The state will have to continue borrowing for the next six months, but the coronavirus pandemic is not going away and the economy will not revive soon. Farmers, migrant workers and other sections of the society will need the state support.

How the state plans its expenditure during this period will affect a large section of the population. We cannot stop subsidies. Investment on rural and urban projects by the states has to continue as it is a source of employment and is necessary.

Everybody will have to borrow. So, the crucial question is: where will the states spend the borrowed amount to boost the flagging economy? Or will they maintain status quo? Will they spend to fund new projects that will drive the economic growth? Or will they curtail all capital expenditure and just do nothing but debt management?

When faced by an unexpected crisis and systems freeze, it takes able navigation to steer the boat in such times.                 IANS

The Scourge Of Criminality In Politics

Goa May See End of COVID-19 By March

Red Flags On Tuberculosis Amid COVID-19